RENAISSANCE - A TRUST FOR SOCIO-ECONOMIC DEVELOPMENT 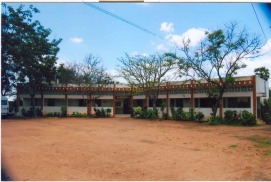 Renaissance is a Secular, Democratic, Non-Profit making and Non-Political Organization involved in development activities in the District of Pudukkottai, Tamil Nadu, India for the past 25 years. Ours is a Registered Organization under the State Law and also a holder of FCRA. Renaissance among its various activities is running a special school "MALARCHI" for the Intellectually challenged Children at Kalamavoor, a village in Kulathur Taluk near Keeranur in Pudukkottai District.

"Malarchi" School of Renaissance belongs to families of below poverty line, whose parents mostly, belong to families of Agricultural coolies. All Students hail from different villages of Pudukkottai District. 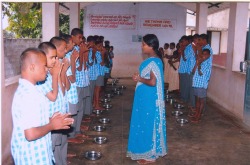 Renaissance is trying in all possible means to avail Economic Support for the Noble cause of providing Food, Shelter, Training and Rehabilitation to the Intellectually Challenged Children.

To provide a Meaningful place in the society to the intellectually challenged students is our Anguish, Ambition and Motivation.